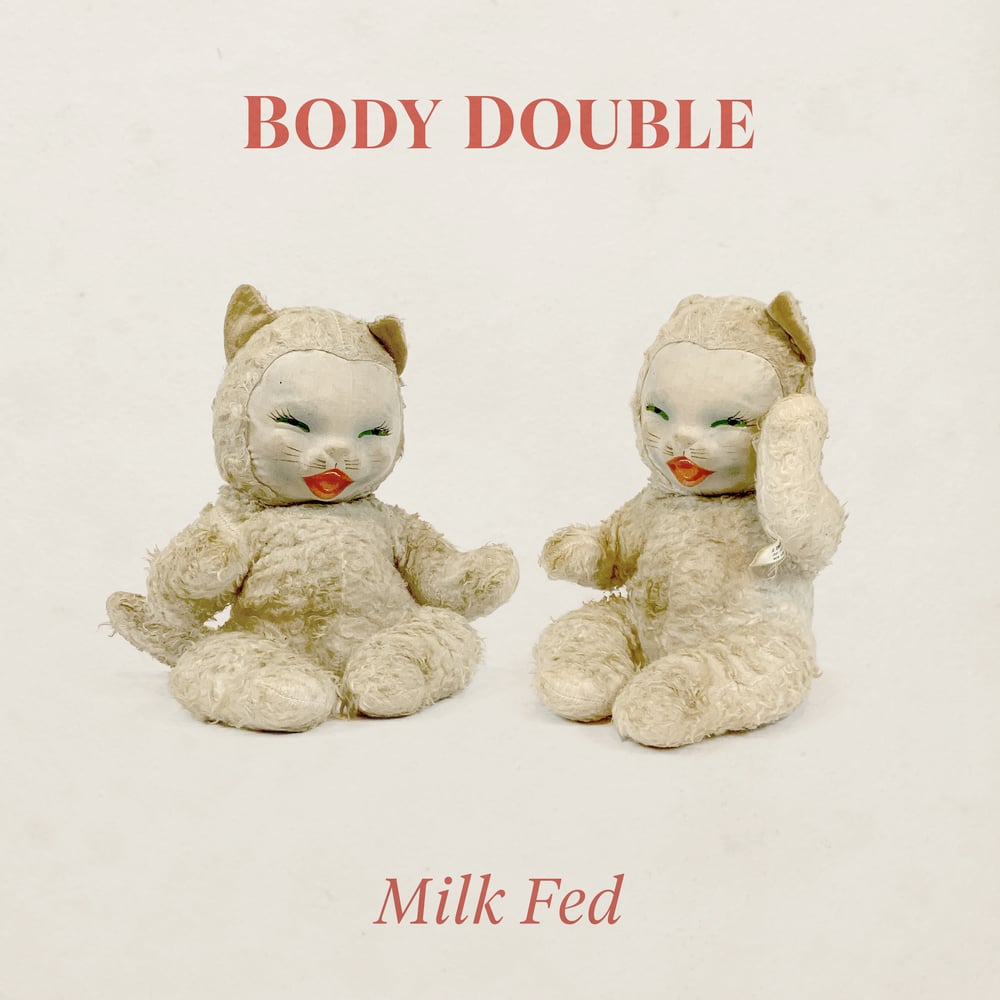 Lazarou withdrew into her bedroom, creating material about intimacy and consent in the arch style of a drag mass attended by Brian Eno and Al Jourgensen. (One discarded band name? Knights in Black Leather.) After being confined to vocals in Mansion, Lazarou savored creative control, indulging in dramatic arrangement and hooks, and then found a collaborator in bassist and cowriter Noah Adams. The band name Body Double sums another prominent theme of unstable identity, while Milk Fed reflects the winking camp of Lazarou’s grand guignol imagery.

@liquid_bath shacked up with us. we are ever so grateful, and co-ordering food now